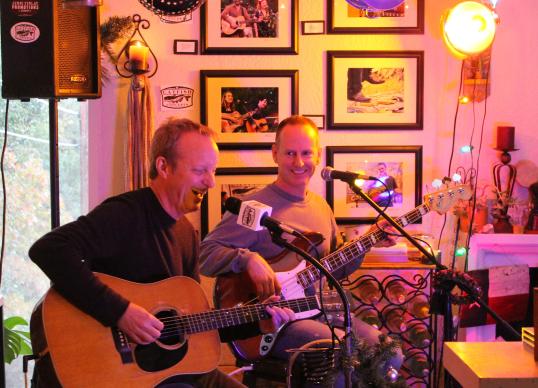 We kicked off the chilly holiday season in style with a rare indoor show Sunday night with Randy Weeks. Randy’s songs, both sunny (“Sugar Lee”) and stoic (“Black Coffee and Lifesavers”) completely captivated our capacity crowd during his cozy and intimate fireside performance. He tried out some brand new songs (“The Gun,”  “True Love”) as well as fan favorites (“Can’t Let Go,” “Transistor Radio”). 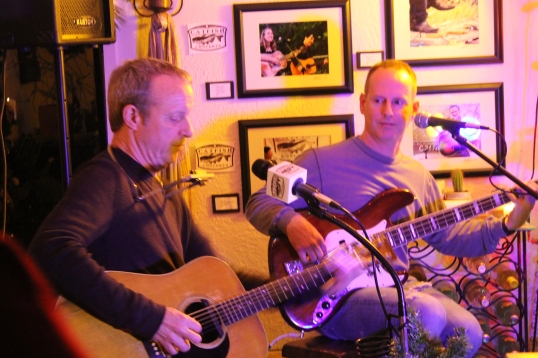 Randy effortlessly made Townes Van Zandt’s “Loretta” his very own, evoking images of a seaside bartender amongst the old salts.  His stories swapped with sideman Kris Nelson had everyone rolling, and by the time the show was over, the folks who had arrived as strangers left as family. 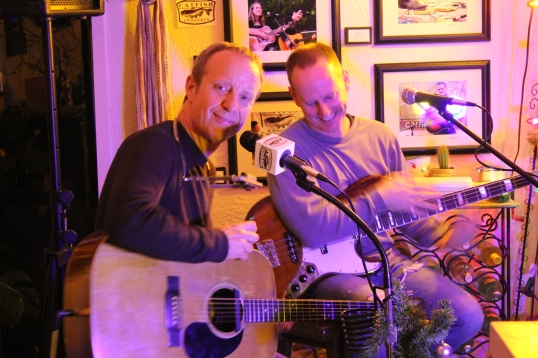 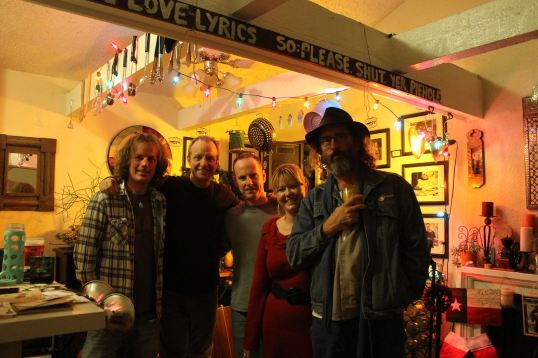 The next Catfish Concerts event will be an outdoor movie screening of Margaret Brown’s Townes Van Zandt documentary Be Here To Love Me on January 1, 2014 at 5pm.  It’s a free show and all donations will benefit Austin’s Empty Bowl Project.

Our next Catfish Concert on January 26 will feature the legendary David Olney and Sergio Webb.  Don’t miss it!